“The thing is to find a truth which is a truth for me, to find the idea for which I am willing to live and die.” Kierkegaard

Meditation: “Saying the mantra is like entering the void – each syllable a hachure stroke towards perfect darkness.” 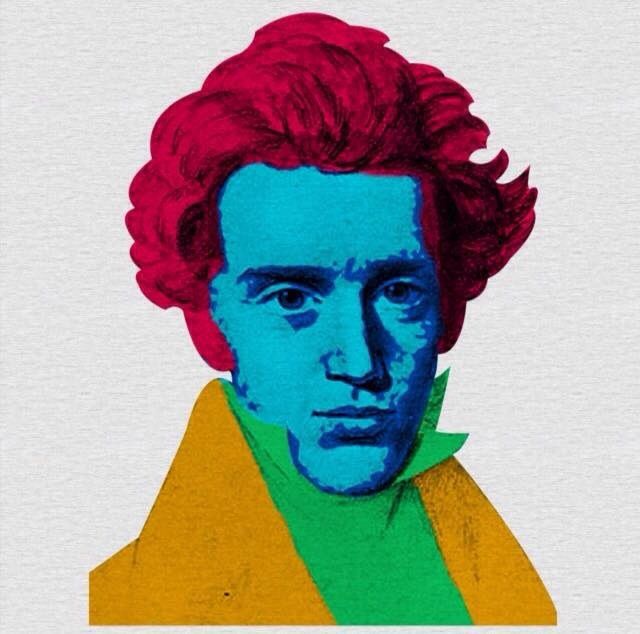 In the credits at the end of the film ‘Amores Perros‘ – dangerous loves – if you are patient towards the end you will catch a quote which, if my Spanish serves me well, says “we are also defined by what we have lost.”

In a world addicted to the pursuit of happiness and specifically the misconceived idea that acquiring more – more knowledge, more experience, more love, more stuff – will make you happy it may seem counterintuitive to entertain the idea that less is more.

Yet the way of the mystic in all traditions has always included the ‘Via Negativa’ – the negative path, the way of negation, of taking away, the dark night of the soul of the desert fathers, the ‘neti neti’ ‘not this not this’ of the Hindu mystics. The path leading to the irreducible core or ground of being – die grunde.

The founding father of what we now call Existentialism, Danish philosopher Sören Kierkegaard, understood that knowing yourself embraced this not-knowing and in this knowledge was authentic freedom. “Then you will know the truth, and the truth will set you free” says Jesus in John 8v32.

As Kierkegaard puts it in his journal AA “One must first learn to know oneself before knowing anything else. Only when the person has inwardly understood himself and then sees the way forward on his path does his life acquire repose and meaning.”

Kierkegaard knew about loss. His early life in Copenhagen in the second decade of the nineteenth century, the Danish ‘Golden Age’, was a litany of loss. He lost six siblings and both his mother and father by the age of twenty five and only his elder brother, Peter Christian, survived. Kierkegaard all his life was convinced he himself was going to die at the age of thirty three. In his diary in the Royal Library in Copenhagen I read the page where he expressed his surprise at reaching his thirty fourth birthday.

His father’s first wife died after two years of marriage and within nine months his father, a pious stern Lutheran, had an affair with the maid who was four months pregnant when they married. His father once raged against God and cursed God and was convinced that as a result of his misdeeds he and the family were cursed and so the young Kierkegaard grew up under the sombre shadow of being cursed by God and being convinced he was going to die at thirty three.

Not the most promising start for a man who was to set a cat amongst the pigeons of complacent bourgeois thought and belief in Danish society, church and academia and go on to establish the foundations of modern philosophy. But in his case it was the catalyst he needed to forge his purpose in life. “The thing is to find a truth which is a truth for me, to find the idea for which I am willing to live and die.”

In his comparatively short life – he died at the age of 42 – he published over 40 books on philosophy and religion redefining what it is to be Christian … or indeed a free human being “alone in this terrible exertion.”

The starting point on the path to truth is to surrender all you know in the fire of not-knowing.