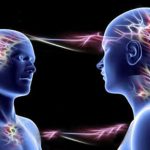 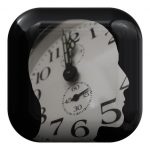 “Saying the mantra is like dismantling a wall that separates your true Self from union with God … each syllable a brick … each word a course.”

Einstein was a realist. As he said, “I like to think that the moon is there even if I am not looking at it”. Does the full moon shine in the forest if there is no-one to witness it?

Not if your name’s Deepak Chopra. He is not a realist he is an an idealist in scientific terms when talking about consciousness i.e. it takes an observer for anything to be ‘real’. This stems as much from his deep understanding of quantum physics as much as his deeply Indian influenced advaita – non-duality – philosophy.

In the recent Science & Non-duality Conference he delivers a very clear presentation on what science can tell us about the nature of the universe and the nature of consciousness … almost nothing. He makes the observation that our scientific observations reveal that 70% of the universe is dark energy leading to the expansion of the universe, the edge of which is apparently unknowable at 47 billion light years away, 26% is dark matter which glues it together both of which cannot be observed. Of the remaining observable 4% almost 99% is made up of hydrogen and helium (invisible to human observation) and the 1% of 4%, or less than 0.01% of the (un)known universe, is made of ‘stuff’ – atoms in galaxies, stars, planets and bones.

The most powerful MRI scanner exploring the “nooks and crannies of our neural networks” has not yet located consciousness. Deepak’s conclusion is that we know very little about what makes up the universe and what makes up consciousness. Either consciousness is, as Daniel Dennett argues, an illusion of a biological robot or a priori the ground of our Being … ”die Grunde’ as Meister Eckhart refers to it.

“There is existence and there is awareness of existence.”

Enquire into this your self and see what you find – who is the observer?