“Nothing in all creation is so like God as stillness.” Meister Eckhart

Meditation: “Meditation is like spinning a silk Sagrada Familia out of silence.” 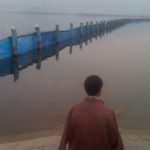 What started out as a reaction to fast food culture – ‘slow food’ – has accelerated into other areas of modern life including slow travel, slow gardening and slow sex.

Carl Honoré’s 2004 book, In Praise of Slowness, explored how the Slow philosophy might be applied in every field of human endeavour and coined the phrase ‘slow movement’. “It is a cultural revolution against the notion that faster is always better” says Honoré.  “The Slow philosophy is not about doing everything at a snail’s pace. It’s about seeking to do everything at the right speed. Savoring the hours and minutes rather than just counting them. Doing everything as well as possible, instead of as fast as possible.”

My personal transition from mental worker advising startup businesses, where everything was required to happen at internet speed, to metal worker where I soon discovered that if I tried to rush a solder joint either the component I was soldering would burn up or I’d burn my fingers up, has taught me the benefits of going slow. I’m sure manual artisan work uses a different part of the brain thereby reducing the stress brought on by overthinking and we all know the pleasure of being totally absorbed in a pastime where we lose all sense of time and yet feel more refreshed afterwards.

What would happen if you slowed to a complete stop?

For some this represents their worst nightmare to be avoided at all costs. Observe yourself the next time you are just sitting how long it is before you get bored, irritated or even angry and seek any distraction to fill the stillness.

For others, however, stillness is the gateway to where the real action is – the portal to the numinous and the seed of all creativity. “The act of creation—whether from a blank page to a poem, an empty space to a building, a thought to a song or film—starts with a void” proffers music producer Rick Rubin from the stillness.

Pico Iyer interviewed Jikan – the artist formerly known as Leonard Cohen – in the Mt. Baldy Zen Center in 1994 where the poet and songwriter spent five years mostly sitting still. “Leonard Cohen had come to this Old World redoubt to make a life – an art – out of stillness.”

Not all of us can sit still for five minutes let alone five years. Italianophile novelist Tim Parks couldn’t either although in his case it was due to chronic pelvic pain disturbing his daytime peace and his nights sleep with visits to the loo. The author of ‘Teach Us to Sit Still’ describes the pain as “a general smouldering tension throughout the abdomen, a sharp jab in the perineum, an electric shock darting down the inside of the thighs, an ache in the small of the back, a shivery twinge in the penis itself”.

Submitting to western medicine he underwent several operations but the pain remained. As a last resort Parks goes to India to see an Indian doctor. “There is a tussle in your mind,” says the doctor. The pain is “blocked vata”. The cure? Sit still. Parkes embarked on a series of meditation retreats including an intensive vipassana with a strange old American guru called John Coleman. Vipassana is a sort of ‘extreme meditation’ focusing on the deep interconnection between mind and body which can be experienced directly by disciplined attention to the physical sensations including, in Tim Parks’ case, his persistent pelvic pain. Vipassana, which means to see things as they really are, helped him to examine the source of his pain – a bit like giving himself an MRI scan with his attention – and by persevering with sitting still the pain dissolved. A Sceptic’s Search for Health and Healing – the subtitle of his book – distils the benefit he found from being still.

There is more than one kind of stillness. There is the outer stillness of the cessation of activity and being at home in your body and the world – watching the world go by. On Lanzarote I play a game called ‘count the geckos’. You sit in the sun by a volcanic stone wall or rocks and see how many lizards you can spot – the indigenous geckos have cute blue spots on their back like badly applied eye shadow. At first you can’t see any until a darting movement catches the eye and you detect a head sticking out from behind a rock. If you sit still long enough your eyes adjust and you can see two, three, maybe four at once. Any slight movement on your part and they’re all gone. My high score is seven.

Then there is the other kind of stillness – inner stillness. Most spiritual practices in every tradition include some form of meditation. The word itself comes from the Latin verb meditari although I’ve also heard it comes from the Latin ‘medio stare’ – to stand in the middle. In this case to stand (or sit) in the middle of your life … the still point. There are many tried and tested methods of meditation some of which include the use of a mantra – a repeated word or phrase. You will find a simple guide here.

Even God took a day off to be still after a busy week creating. A sabbath rest. St Paul exhorts us to “strive to enter that sabbath rest”. Hebrews 4 v.11 Jesus tells his listeners to his sermon on the mount “do not worry about your life.” Seek first the kingdom of stillness and everything else will follow.

There is a perfect resolution to life’s innate tension between anxious striving (or creative exploring if you prefer) and coming home to stillness in my favourite T S Eliot poem East Coker from Four Quartets:

“We shall not cease from exploration, and the end of all our exploring will be to arrive where we started and know the place for the first time.”

So the next time you are tempted to clean the house … instead just sit still – it is stillness that is next to Godliness not cleanliness.